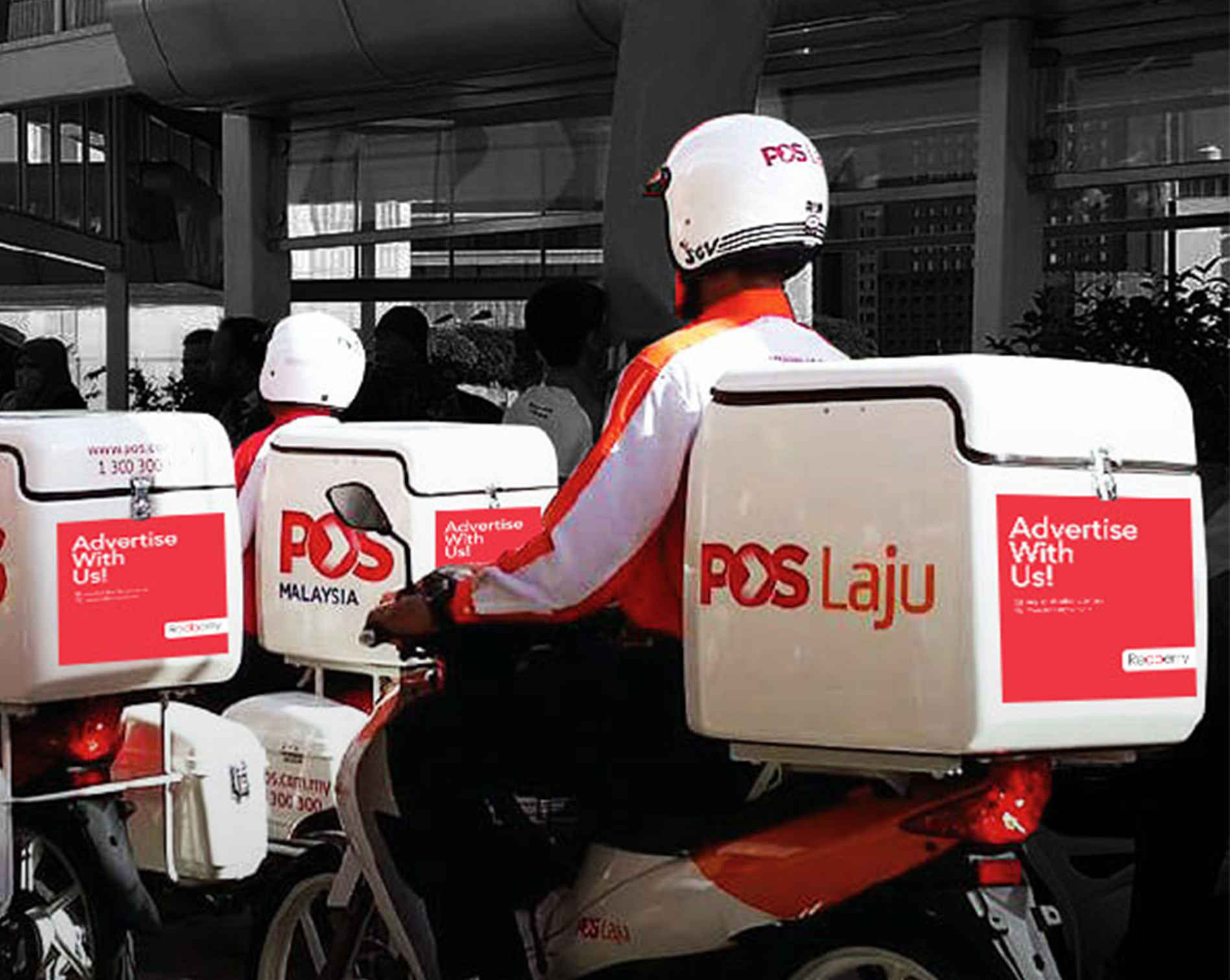 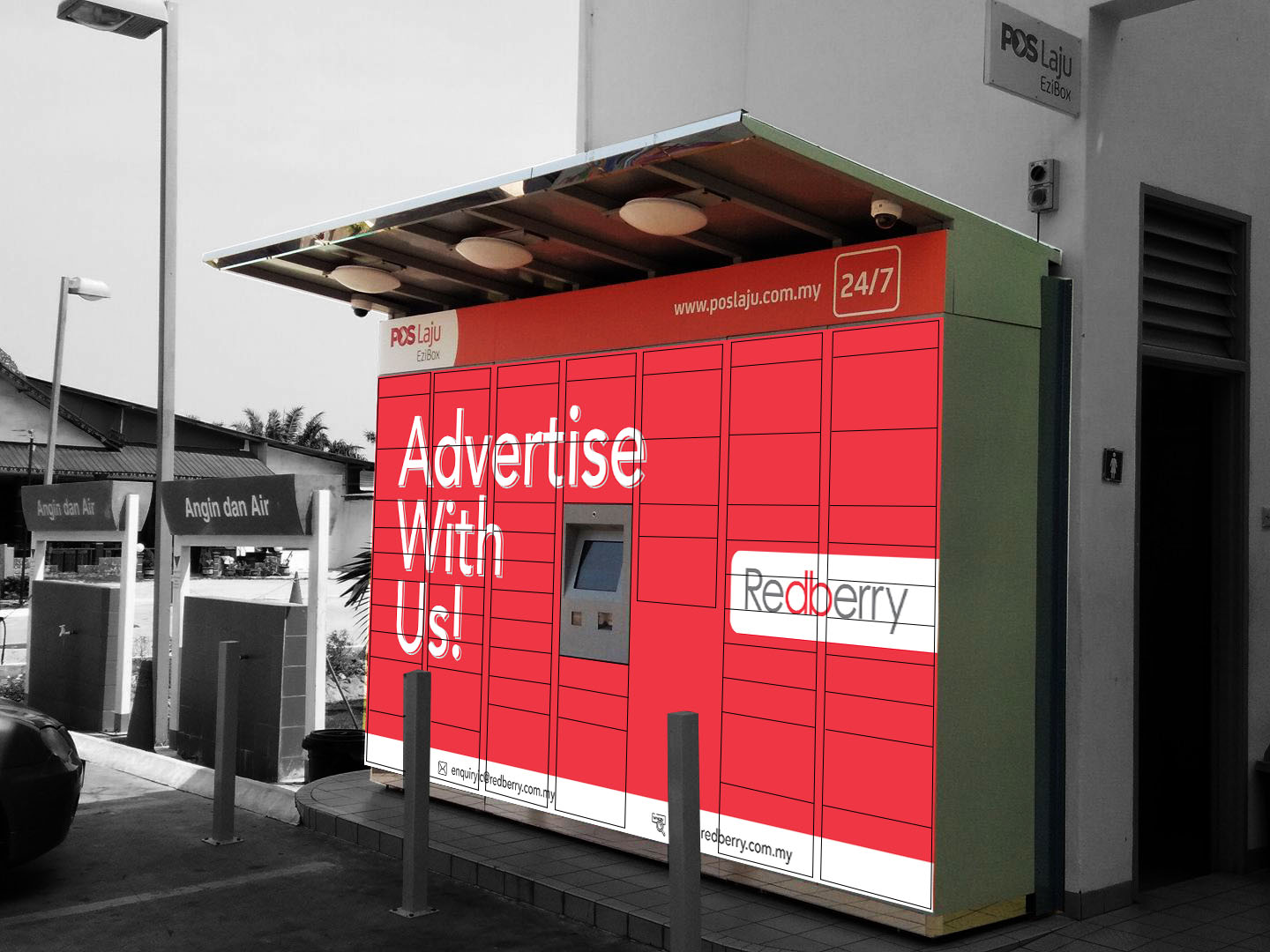 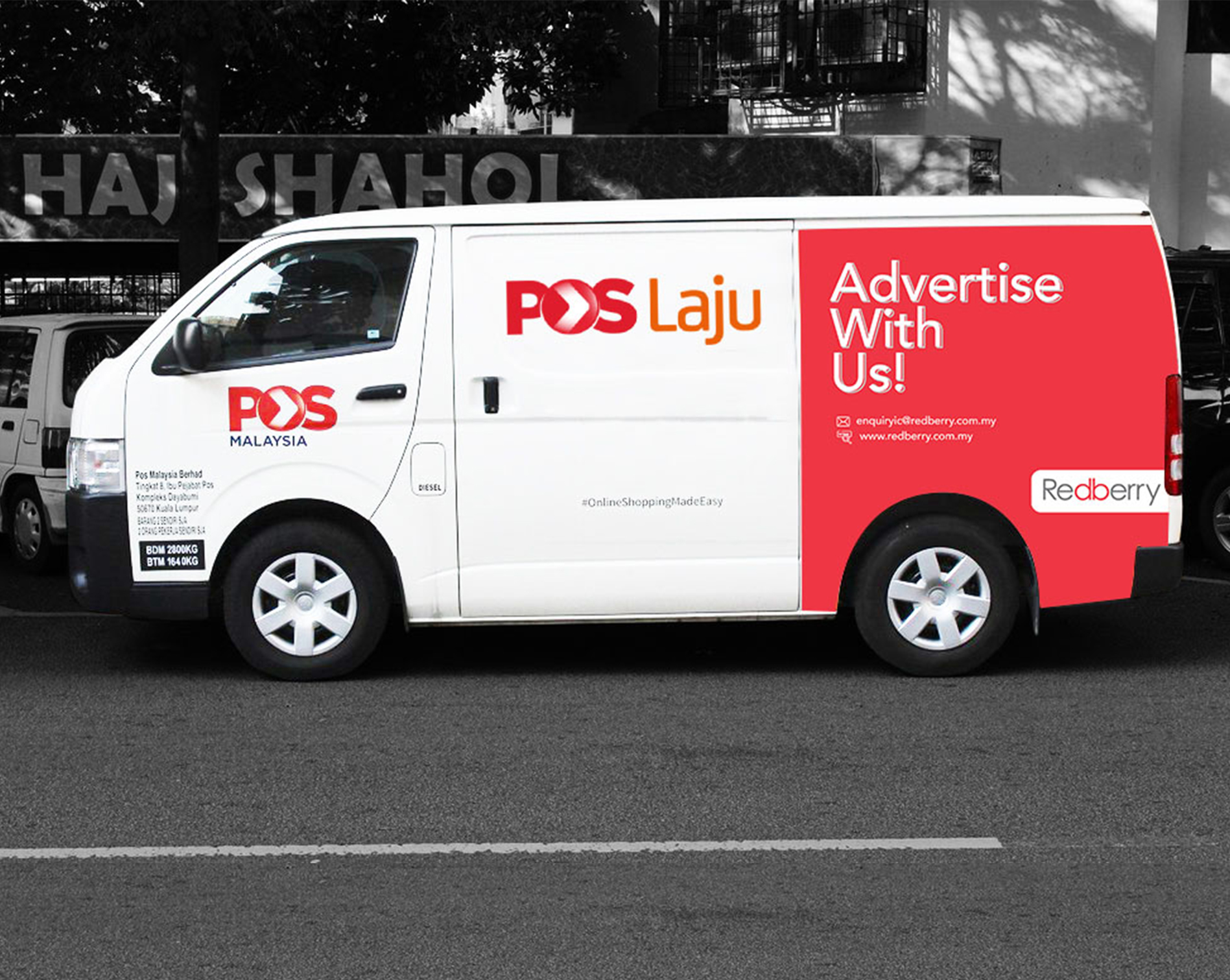 Pos Malaysia is the national postal provider with over 200 years of experience. Redberry Advertising is the exclusive media partner that markets the POS Fleet Advertising which consists of POS Vans & POS Bikes, and the POS EziBox Advertising.

Our POS Fleet Advertising has a wide coverage in urban, suburbs, and even the hard-to-reach rural areas. With the fleet of 2,600 vans and 7,500 bikes, the advertisements are highly visible. Furthermore, the advertisers can Geo-target the campaign based on the requirement.

POS Ezibox is a new, innovative way to collect and drop parcel. It is an eye catching advertising medium because of the large in size. There are more than 150 POS Ezibox strategically located in post offices, petrol stations, supermarkets, universities, train stations, etc. There is an average of 42,000 transactions in POS Ezibox every month and it reaches the tech-savvy users who would like to have flexibility in collecting and dropping parcels.

Redberry Media Group is a diversified media company that operates a wide array of Malaysia’s most relevant and sought after advertising assets.